Register to vote by scanning the QR code or clicking here. 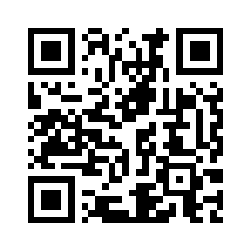 Do you know the difference between your local, state and federal representatives?

If not, it’s OK! While the elected officials that represent you in D.C. might get more name recognition, local and state leadership tends to impact your life more directly.

If you don’t know who your state reps are, you’re not alone! But it’s easy to find out:
● Figure out your legislative district here – just type in your home address
● Then, you can look up the roster of elected:
○ Arizona State Senators
○ Arizona House of Representatives

Once you know who your state reps are, look them up on social media and follow them!
It’s an easy way to get smart on what they care about – then you can decide if that
matches what is important to you.

Do you know someone who is working to make a bright and sustainable future for children and families in Arizona?
Now is your chance to make sure…

April is Child Abuse Prevention Month, and we’re here for it.

Why is Child & Family Resources invested in highlighting this Child Abuse…

We build strong communities where children can reach their full potential

Call Now
Back to the top